If you’re looking for a sugar rush, these raspberry and white chocolate blondies are for you! 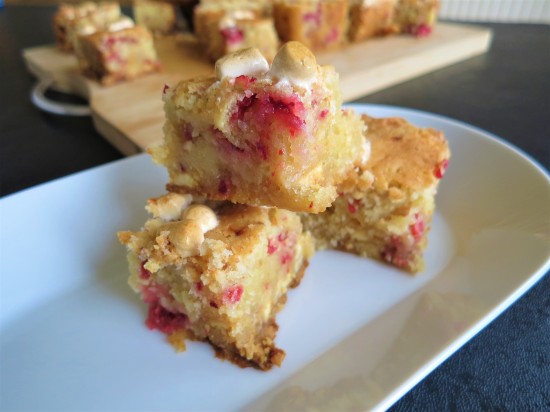 I got this recipe from the latest edition (March 2017) of Tesco Magazine. These blondies have a long cooking time, but if you’re looking for the ultimate sweet treat, it’s worth it! 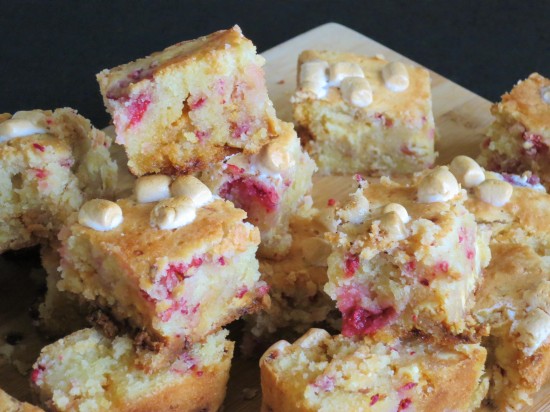 Line your brownie pan or baking tray with baking paper. The original recipe calls for a 20-cm square brownie pan with a loose base. My brownie tin is rectangular, but holds the same volume of mixture as a square tin. It doesn’t have a loose base either, and it didn’t matter. Any deep tin you have should be fine as long as you grease it and line with non-stick baking paper.

Break or chop the white chocolate into the size chunks you would like. Here’s mine with my raspberries (I used fresh): 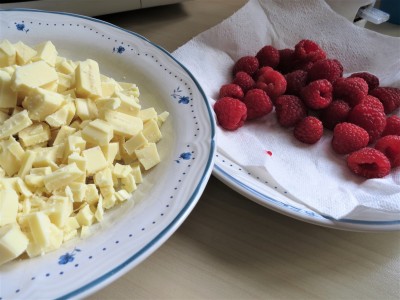 Melt the butter in either a pan over a low heat or in the microwave (you shouldn’t need more than a minute if you’ve sliced the butter into chunks before zapping it). Allow it to cool for a few minutes. Pour it into a large bowl and add the sugar. Stir well until combined.

Add the vanilla extract and the eggs, one at a time, stirring between each addition. Fold in the flour and white chocolate and finally the raspberries.

Spoon the mixture into your brownie pan, spreading it out into the corners and until you have an even layer. 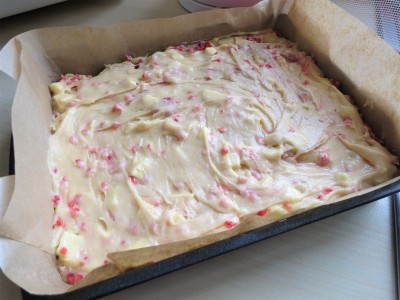 Bake for 1 hour. The original recipe says to cover the tin with a foil hat if the top of the blondies start to brown too much. I did things the other way round. I covered my tin before putting it in the oven. At 45 minutes I took the tin hat off. Doing it this way round means you’re not struggling to cover a baking hot pan late in the cooking time!

At the hour mark, scatter the mini marshmallows over the top of the blondies. 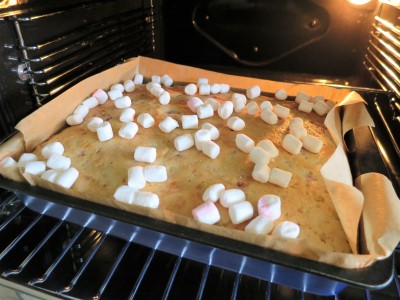 Bake for another 5-10 minutes, until the marshmallows turn golden. 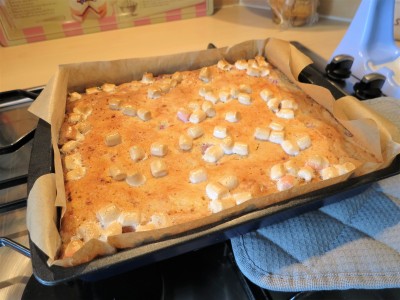 Take out of the oven and leave the raspberry and white chocolate blondies to cool in the tin. When they are cold, take the blondie slab out of the tin and cut into as many pieces as you like. 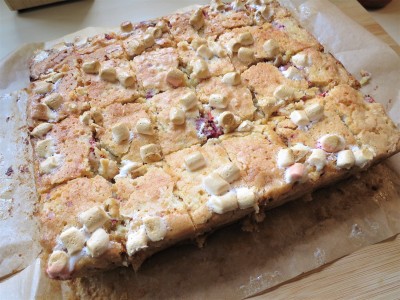 Store in an airtight container in a cool, dry place and the blondies should keep for 1 week. Whether they’ll last that long, I can’t say… particularly if you have a small person in the house with light fingers! (Exhibit A below). 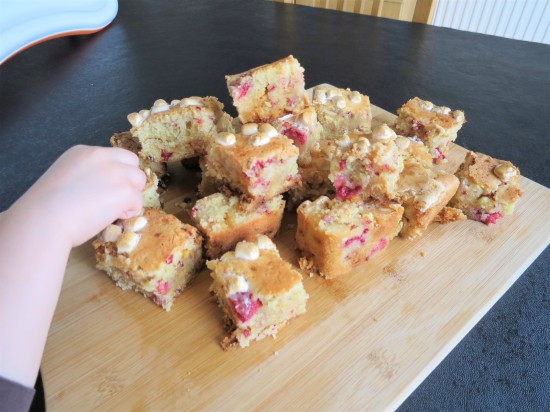 Raspberry and white chocolate blondies: keep them under lock and key or scoff them fast! 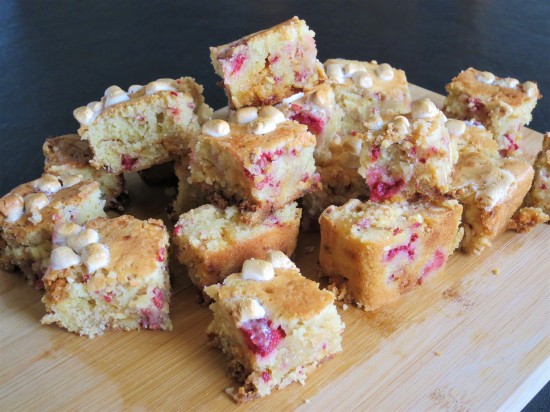 If you’re looking for other blondie/brownie recipes, you could try: 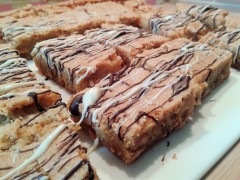 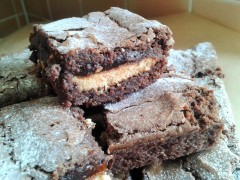