Because sometimes you need some cake with your brownie! 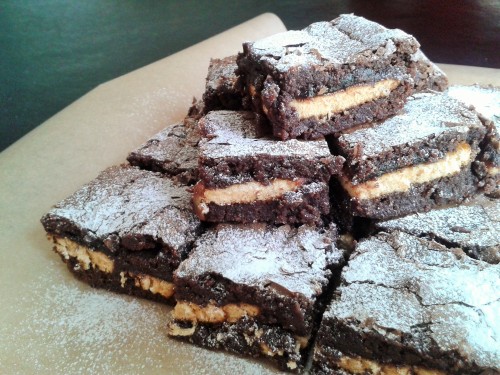 This bake came about because double packs of Jaffa Cakes were on offer in my local supermarket. Honestly, that’s how I make my baking decisions. I then put it to Twitter: should I make Jaffa Cake brownies or cupcakes? And the people spoke: two thirds of those who voted wanted brownies. So here you go!

I used the same brownie mixture I used to make my After Eight mint chocolate brownies. If you haven’t seen those already, follow the link.

A note on Jaffa Cakes. These are made by McVities and I hope they’re widely available outside the UK. Sorry if they’re not, but with any luck there’s a local equivalent you can use. They’re a sponge base with a layer of orange jelly on top, covered with a thin coat of chocolate. They sit nicely inside the brownie mixture and give the whole lot a subtle orange flavour. This is what they look like: 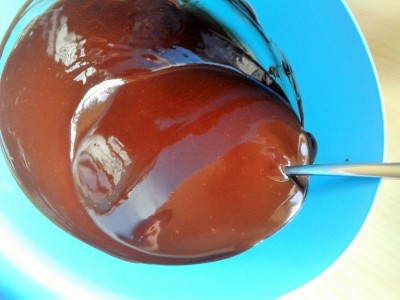 Bake for 35-40 minutes. Brownies should be moist, so a knife stuck into the middle of the pan should come out with a little mixture stuck to it. But the mixture shouldn’t be runny if you’ve cooked it enough. After 40 minutes I turned my oven off and left the brownies in there another 10 minutes. Then, when I took them out of the oven, I left them to cool completely in the tin.

I cut this slab of Jaffa Cake brownie into 24 small brownies, but you could opt for far larger ones if you don’t mind having fewer 🙂 As you can see, the very top is lighter in colour than what’s just beneath and tends to crack when you slice the brownie. I wouldn’t let that worry you! The brownies in the centre of the tray will be gooier than those around the edges, but that’s not a worry; these are the brownies you’ll have to serve for dessert to be eaten with a fork or spoon (preferably with ice cream). 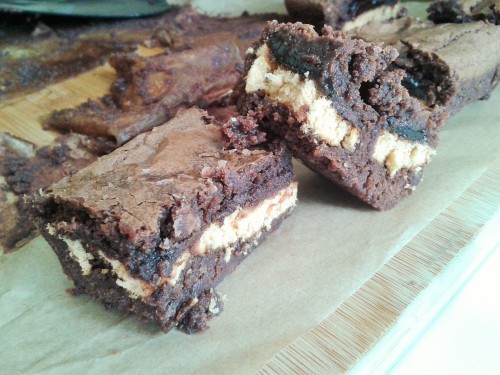 I like the next picture because you can see the orange layer of the Jaffa Cake in the top brownie and the one to the lower left.

Jaffa Cake chocolate orange brownies: delicious on their own or served warm with ice cream.

Looking for other brownie recipes? Try these! 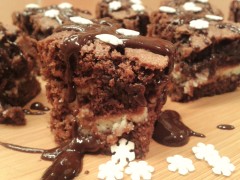